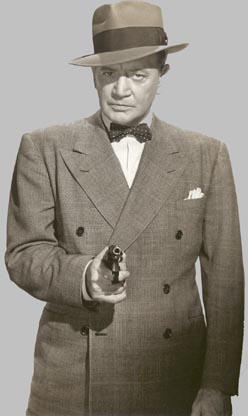 "I am the Whistler and I know many things, for I walk by night. I know many strange tales hidden in the hearts of men and women who have stepped into the shadows. Yes, I know the nameless terrors of which they dare not speak."

So began the introduction every week to the famous CBS radio series, THE WHISTLER.

Begun in 1942 and lasting until 1955, this intriguing radio drama is probably best remembered for it's hypnotic opening theme, whistled not by a man as many thought but by a woman! 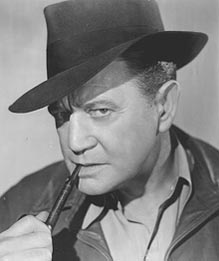 The highlight for the listener each week was the unpredictable twist at the end of every episode. Just when the killer was going to get away with his crime something completely unexpected and nerve-wracking would happen, revealing whodunit!

By the end of WW II many silent stars had been retired for years, some already forgotten or barely remembered as faces from a bygone era. Richard Dix, however, who had been a major star in the 1920's and early 1930's, was still popular with movie audiences and therefore a viable commodity by Hollywood standards. 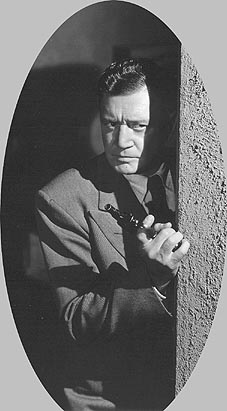 1943 saw the end of Richard Dix's association with RKO with the release of Val Lewton's now cult film, The Ghost Ship. Dix played the last great role of his career, the maniacal Captain Stone. From 1940 through 1943 he had been bouncing back and forth between making independent westerns for Harry "Pops" Sherman and three films for Universal Studios. It seems he was an actor without a real home. Enter Columbia Studios and The Whistler!

There is no mistaking that these nifty Whistler films are "B" programmers but they are tight little dramas which run no longer than an hour in most cases. All with the famous twist at the end that fans of the radio show had come to expect. The really terrific thing about these films is that they offered Richard Dix a chance to play several different kinds of roles. Parts which enabled him to show his range past the characters he had been playing in westerns time after time during this period. 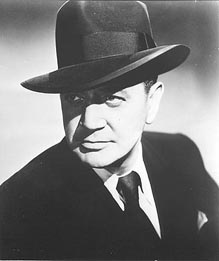 Looking back now it's easy to see that this was a great way for a versatile actor like Richard Dix to have ended his career by segueing into noirish tough guy roles. Dix had generally been cast in light comedies early on or rough and tumble roles in Westerns and aviation epics. In the Whistler films he got to play guys on the edge of society. Guys who could turn either way depending on how the dice were rolled. It is my opinion, one which is shared by Robert Dix, Richard's son, that had Dix lived past 1949, and been in good health, his continued audience appeal would have ensured his starring in a Western or police drama for television.

His name above the title to the last, Dix starred in 7 of the 8 films in this series. My two favorite entries being the first, The Whistler and the fifth, The Mysterious Intruder. Forced to retire from the screen, due to ill health, the 8th entry, Return Of The Whistler, was made in 1948 without Dix. It starred Michael Duane who had earlier starred with Richard in Secret Of The Whistler!

Though the Whistler films rarely show on television, all of these titles seem to be available on VHS through collectors who deal in hard to find titles.

Click on any title card below to find out more about these great films! 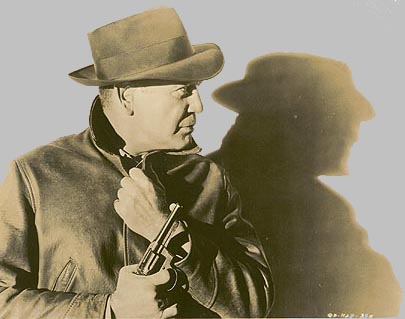 Whether or not radio has been keeping its boxoffice eye on the screen or the screen has been doing it to radio, movie-fans are being treated to more and more films based on successful radio programs. This is particularly true of melodramatic and mystery serials. One of the latest in this category is Columbia Pictures' series called "The Whistler' whose basic story formula has been adapted to sight as well as sound, and the latest of which is "The Mark of the Whistler." 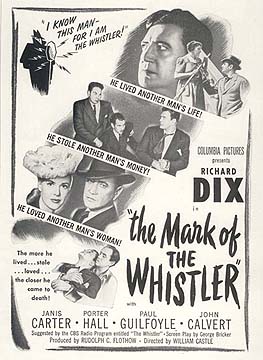 "The Whistler" movie series is taken from the radio program which has been emanating from Hollywood for almost two years. Written by J. Donald Wilson, it has depended for its popularity on suspenseful, psychological characterizations rather than fantastic horror, and has been one of the most successful of this type of airwave show.

Taking this sort of set-up and gearing it to movie audiences' demands is nothing new for Columbia Pictures. In Hollywood this studio is considered one of the ace makers of suspenseful drama and series films. Already, it has been highly successful with the famous radio program, "The Crime Doctor," Max Marcin inspired and transferred to the screen with Warner Baxter in the title role.

After the first of this new series, "The Whistler," Columbia again seems destined to repeat its former successful adaptation... as once again the shadowy figure of "The Whistler" acts as the voice of conscience.