Of "The Junior Stars of 1926" only
two would go on to bigger careers. 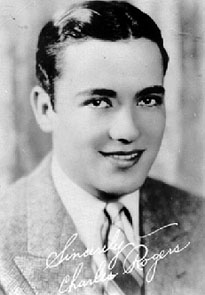 Charles "Buddy" Rogers made his mark a year later starring in WINGS,
the first motion picture to win the Academy Award for Best Picture.

He would go on to marry "America's Sweetheart", Mary Pickford. 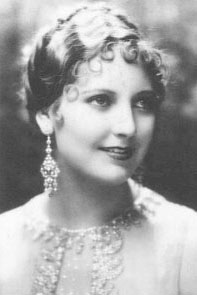 Thelma Todd made 115 films in a scant 9 years acting in all kinds of pictures.
She was a gifted comedian, working with
Laurel and Hardy, the Marx Brothers and
made a series of shorts with Patsy Kelly.

Todd starred with Richard Dix in The Gay Defender.

Mysterious circumstances surrounded her death in 1935.

"Make good on a job I'll give you and marry anyone you like. Fail-- and Loris will stand by your side at the alter," is the older Ward's final ultimatum. Teddy accepts the challange and is given the managership of Mountain Inn, a winter resort that has always failed to make money.

With the help of his Greenwich Village friends, a whirlwind advertising campaign is begun. It's main feature is an offer of $10,000 to the winner of a 100-mile ice boat race, which is to be a part of elaborate ice carnival Teddy has decided to stage.

But father, on hearing of the prize offer -- refuses to sanction the advertising and also stops payment on the check. In desperation, Teddy hits upon the idea of inviting a group of movie stars to the big event. He prepares his newspaper publicity and then goes to New York with Ross Page and Loris.

Arrived at the studio, the stars all plead previous engagements. However, through Loris' scheming, the publicity story gets to the papers.

The "big" night finds the hotel crowded with guests all eager to meet the players. Teddy is frantic, realizing that when the truth comes out, he'll be ruined. His friends try to help him by dressing as stars. But -- Jeanne, who has been doing some sketching at the studio -- arrives with half a dozen famous stars. The evening is a succes.

Furness, in fear of Slade, deserts his boat. Teddy takes his place, and in a race of nerve-tingling thrills, manages to win by a matter of inches. His father, who had arrived while the contest was in progress, forgives him and admits that Jeanne won his heart as well as Teddy's.