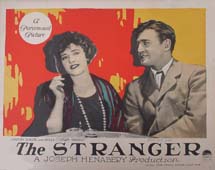 The scene is London. Keith Darrant is a model of wealth, refinement and respectability. He is a candidate for Parliment, and it is the ambition of his austere life to be elected. He is hence very perturbed when, a few weeks before the election, his ne'er-do-well brother, Larry - whom Keith has not seen for years, appears on the scene. Larry is a handsome, devil-may-care wanderer and hardly respectable. Keith gives him shelter but is anxious to get rid of him.

In his wandering about London, Larry meets a pretty girl in a cafe. They are attracted to each other. Beneath her pose of frivolity, the girl, whose name he learns is Peggy, is nerve-shattered, worried, and weak from lack of food. Suddenly she collapses, and the head waiter, believing her intoxicated, rushes her out of the cafe. Larry protests and takes her home to her crude hall bedroom. He comes to see her often during the next few days, during which she recovers, and learns her story. She worked in a traveling carnival show with a tout named Walenn, a cruel, flashy mountebank. Walenn is now in jail for fighting in a rooming house. 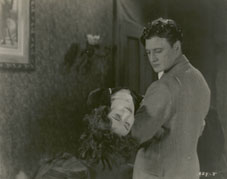 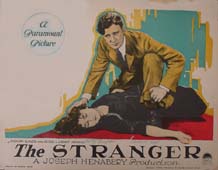 The old mop-man in the tenement in which Peggy lives -- The Stranger of the story -- is also attracted to her and one day shows her a picture of his daughter, who has been missing for a long time. The girl looks like peggy. Peggy does not think much about this at the time, but The Stranger is very quiet and thoughtful as he leaves her.

Larry and Peggy are now in love. Through Keith, who is still anxious to have Larry leave London, Larry is offered a chance to go to South Africa. He proposes to Peggy that they be married and go together. She consents eagerly. But on the eve of her honeymoon, Waleen suddenly comes to Peggy in her hall bedroom. Larry is in the next room. Walenn attacks Peggy, and Larry rushes to the rescue.. The two men fight, and at the of the fight Walenn is lying on the floor -- dead. Unbeknown to the three people in the room, The Stranger has seen all from his station at the window. 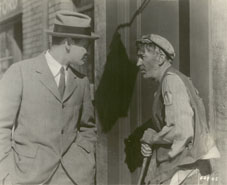 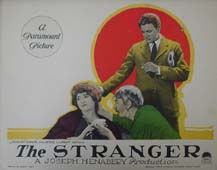 Larry wraps the body of the dead man in an overcoat and lays it in the shadow of an archway. Then he goes to his brother Keith and tells him about the killing. Keith is worried about only one thing-his career. He turns heaven and earth to keep the scandal hushed up and persuades Peggy that she must never see Larry again.

Meantime The Stranger has found the body and removed all marks that might identify Larry and Peggy with the death. The Stranger is arrested for the crime.

Larry cannot see an innocent man suffer. At the trial of The Stranger he tries to make a confession but is forcibly restrained by his brother and the court authorities. Finally Keith pursuades Larry that he (Keith) will see that The Stranger is declared innocent. It is time for Larry to leave for South Africa. He seeks out Peggy, finds her, and they prepare to go, confident that the innocent man is to be saved through the influence of Keith Durrant.

Larry feels no guilt. He killed in self-defense and to save the girl he loves. But as he and Peggy are on their way to the South African steamer, they get a paper and read that The Stranger has been found guilty and is to be hanged at once. 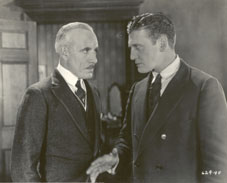 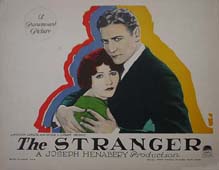 Larry, followed by Peggy rushes out wildly to the scene of the execution, bent on saving the innocent Stranger at any cost. The Stranger is being led to the scaffold as Larry and Peggy approach. At the sight of them, the old man's eyes suddenly light up with joy. They are together, and they will be happy. And at that moment his weakened old heart collapses under the strain, and he dies before the noose can do its work or Larry can gasp out his confession.

Thus Keith's election to Parliment and the happiness of Peggy and Larry is saved by the mysterious Stranger whose identity none of the three knew.