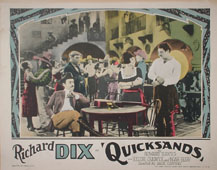 The story opens in Portugee Joe's saloon in Deadville where are convened his "boss" Silent Krupz, leader of the gang of smugglers of which Joe is Krupz' first lieutenant. Among the hangers-on of the place is Carlotta, a dancer, sitting at a table with Portugee Joe. A Mexican is placidly exercising his penchant for art by drawing a crayon portrait on the adobe wall of the saloon. The lives of the others mean a little less than nothing to Joe, who suddenly draws his gun and shoots the crayon in the Mexican's hand. 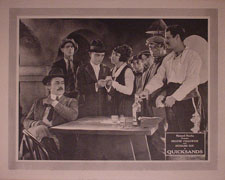 He misses. The Mexican sinks to the floor minus a finger. Carlotta tells Joe that someday he will meet a man who will know the proper treatment for his brutality. Matt Patterson, a poor wreck of a man who has lost all his physical pride, attempts to stop Joe when he starts to beat Carlotta. Joe promptly knocks him down. 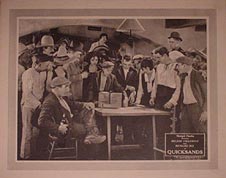 Every afternoon Carlotta leaves Deadville and rides to a deserted shack where she changes her clothes and becomes for a time her true character, Marian Farrell, whose father, ostensibly a rancher, is in reality a federal agent who she is helping track down the smugglers and find out who is their ringleader. As Marian, she meets Lieutenant William Lloyd from the adjacent army post who is much in love with her. 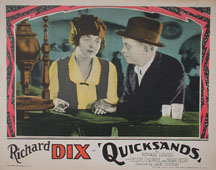 Lloyd knows that something is preying on her mind, but his efforts to win her confidence are unavailing. She tells him that he will just have to trust her. His proposal of marriage is accepted but she tells him that the ceremony will have to be defered.

At home, Marian's father refuses her pleas to let her go her own way, telling her that she will have to continue to spy because the lives of both of them are in danger until the smuggling ring has been broken up. Marian sadly assents and goes back to Deadville to assume once more the role of Carlotta.

Meanwhile at his post, Colonel Patterson is ordering Lieut. Lloyd to take his troop to Deadville to see if he can locate evidence of smuggling. At the same time the Colonel requests the Leiutenant as a friend to bring his son Matt home. News of the approach of the soldiers comes to Portugee Joe, who immediately orders his crew to hide the contraband, and to shoot anyone who disturbs then at their work. 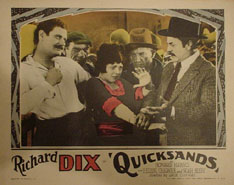 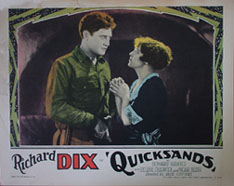 Lloyd arrives to search the place, and while he is interrogating Portugee Joe, the smugglers are working furiously to stow away the contraband. With everyone watching him, guns out to shoot, Lloyd is about to open the door when Carlotta whose disguise has prevented him from recognizing her, suddenly slaps Matt Patterson with whom she is standing, calling him by name at the same time. Lloyd wheels, and comes back to tell Matt that his father wants him to come home. Matt sadly shakes his head but after a time agrees. Lloyd then enters the storeroom to find the place empty, and leaves town.

He learns that Carlotta has been frequenting Deadville. He breaks the engagement, and is about to resign his commission from the army to go away when word arrives at the post that Farrell has been captured by the smugglers. 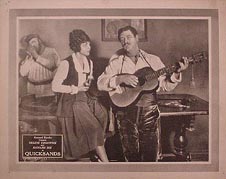 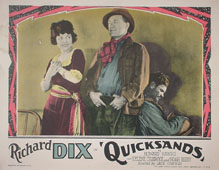 The colonel is unable to send help without authorization from Washington. Lloyd volunteers to go when he is informed that Farrell is a government agent. His arrival in Deadville precipitates a fight which ends when he and Carlotta are captured. Lloyd succeeds in getting himself loose, and into the room where Carlotta is lying tied hand and foot. They barricade the door and decide to make a last stand together.

Matt is shot in attempting to defend them against the smugglers, who rush the stairs and batter down the door. Lloyd accounts for a few with with the gun that Carlotta has, and is about to shoot her with the last shot, when the soldiers arrive. Authorization from Washington has come just in time. 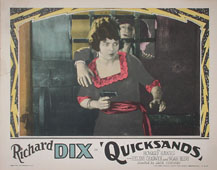 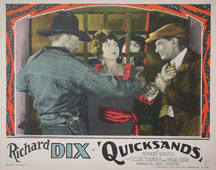 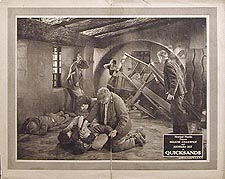