Steve Porter is young, handsome, rich and single! His inability to say no to any pretty young girl looking for a good time is matched only by his ability to say no when it comes to marriage.

Porter knows the women, who flow through his hectic night life, are just "gold-diggers" that would make unworthy breakfast table companions for the rest of his life. The only girl in whom he is at all interested, he has never seen. His aquaintance with her consists merely in a nightly look at her profile against the window of a room in a lodging house across his back court. 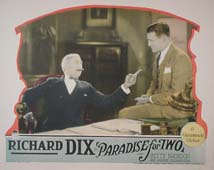 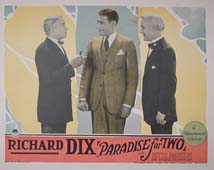 His guardian-trustee, Uncle Howard, hearing exaggerated accounts of Steve's parties, which are staged by Porter's friend Maurice, a theatrical manager, cuts off Steve's allowance and stands firm on the terms of the will which stipulates that Porter must get married before he can get a cent of the money his parents left him.

Maurice proposes that they hire a girl to pose as Steve's wife for the uncle's benefit. 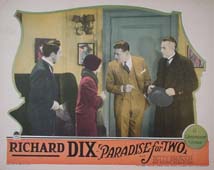 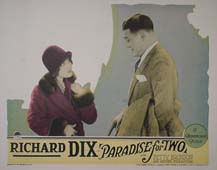 Sally Lane, a typist with theatrical aspirations is hired for the job. When Uncle Howard's suspicions, regarding the truth of this union, are aroused he decides to move in with them. Sally soon grows tired of the charade. 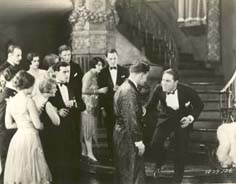 Porter's old friends take over his place for a party. One of the imbibing guests
makes some drunken remarks about Steve's temporary wife and he flattens him. 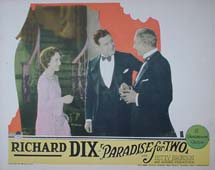 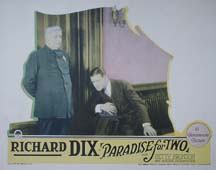 Uncle Howard is furious over the situation and goes for the police. Steve now knows he really does love Sally and follows her to the boarding house where she lives. Steve is amazed to find out this is the same girl whose silhouette had entranced him so. He pours his heart out to Sally and convinces her that his love is sincere. 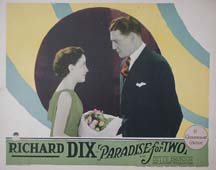