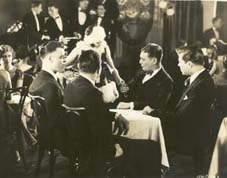 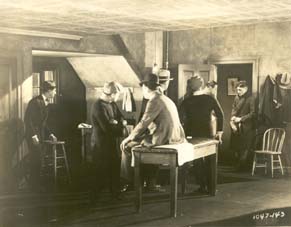 Dundee Reilly, chief puddler in a steel mill, finds little time for recreation, except on Saturday night when it is his habit to repair with his friends to a cabaret where Mary Malone is an entertainer. Reilly suddenly discovers he is the possessor of a wicked punch when he knocks out Killer Agerra champion fighter, for making advances to Mary.

Mary's brother Pat, former champion, who has fallen before Agerra in a fight that he learned afterward was framed, upon hearing of Reilly's escapade, offers to train him for the ring. But Reilly prefers the industrial life to the packed arena. He changes his mind when he is beaten to a pulp by the vengeful Agerra at the latter's gymnasium.

From this time on, life for Reilly is a series of succesful fights. Under Malone's tutelage, he rises rapidly until he's matched to meet Agerra for the championship. Agerra on hearing of Reilly's remarkable condition trembles for his laurels. 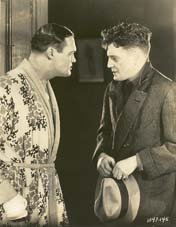 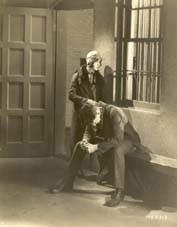 But before the fight comes off, Reilly finds his career as a boxer suddenly cut off. A lumberjack is shot in a fight at the village store near Reilly's training camp and Reilly is convicted on circumstantial evidence of the crime.

Life behind the prison bars does not prove a physical softener for Reilly. Under Mary's urging he applies to be sent to the rock pile where for two years, he keeps up his training. On his release a clever ruse wins for him his long sought chance at Agerra still the champion.

With the help of the faithful Malones he succeeds in proving his innocence of the crime for which he was convicted.