The Idols of the Silver Screen were bombarded with requests for autographed photos.
To accomodate the demand, and to keep the fans happy, the studios reproduced thousands of 5x7 size postcards each year.
Usually forged by studio help, or artificially reproduced, they were rarely hand signed by the stars themselves.
Below is a great side by side comparison of the most common variety 5x7 postcard.
This Paramount era handout shows up on Ebay, at the very least, once a week.
On the right, is a first rate example of a REAL Richard Dix autograph.
Though the photo is in rough shape the autograph is intact!
5x7's, actually hand signed by Richard Dix, are extremely scarce.
I have seen reputable dealers selling autographs they believe to be real when clearly they are not. Such as on the left.
Caveat Emptor applies!

There are several key issues to a real Dix autograph.
One being that Dix usually signed "Best Wishes."
Another being a dash after his last name.
I will leave the other differences to your eye and hopefully confuse the forgers!


Below are just a few more examples of the postcards the Richard Dix fan might have received in the mail!

The current value of these postcards start at a dollar and are an inexpensive way to begin
collecting movie memorablia from the silent era. 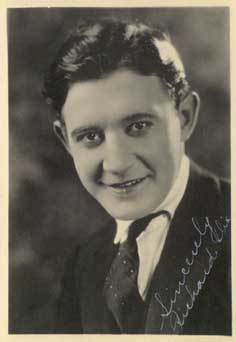 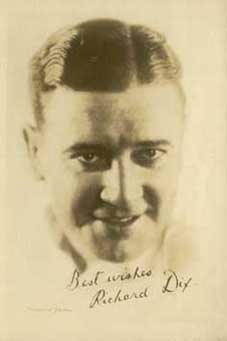 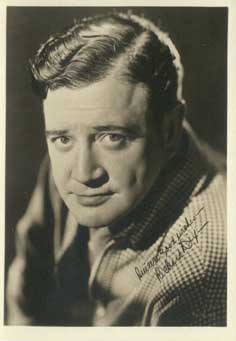 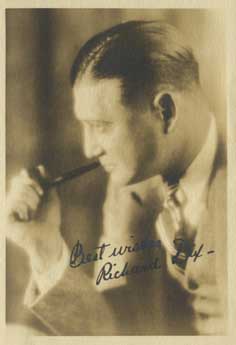 Postcards were always a great way for a star to connect with their fans! 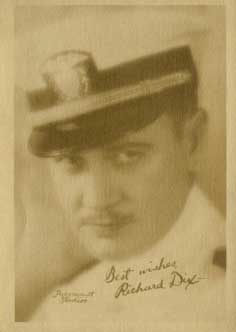 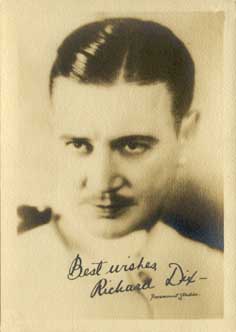 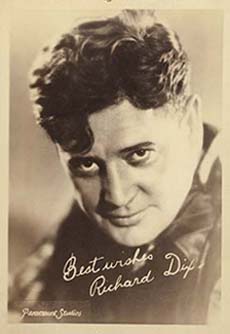 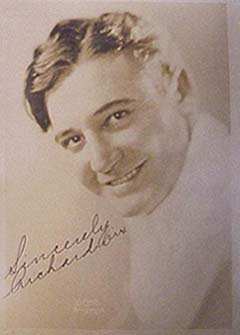 The first postcard of the bottom row is stamped on the back with this notice:
"If you care to enclose 25c, Mr. Dix will be only too glad to send you a larger photograph personally autographed."

The postcard on the end is obviously not Richard Dix's signature but was offered by an unknowing dealer as being authentic! 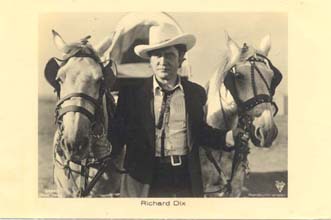 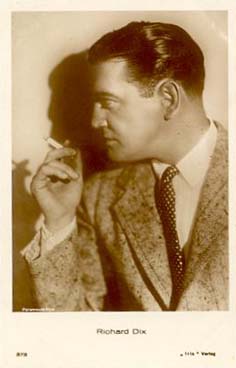 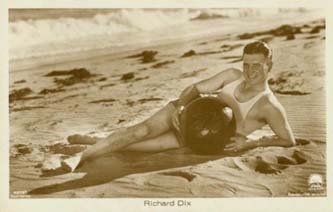 These wonderful postcards were printed in Germany and are of the highest quality. 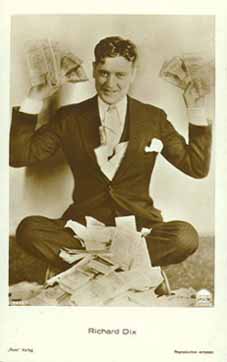 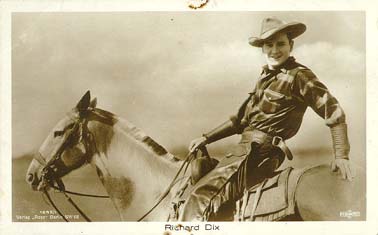 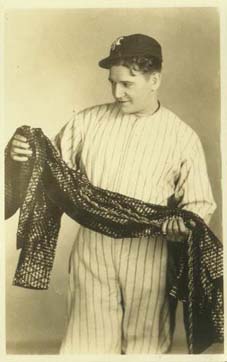